The God-Man King Has Come 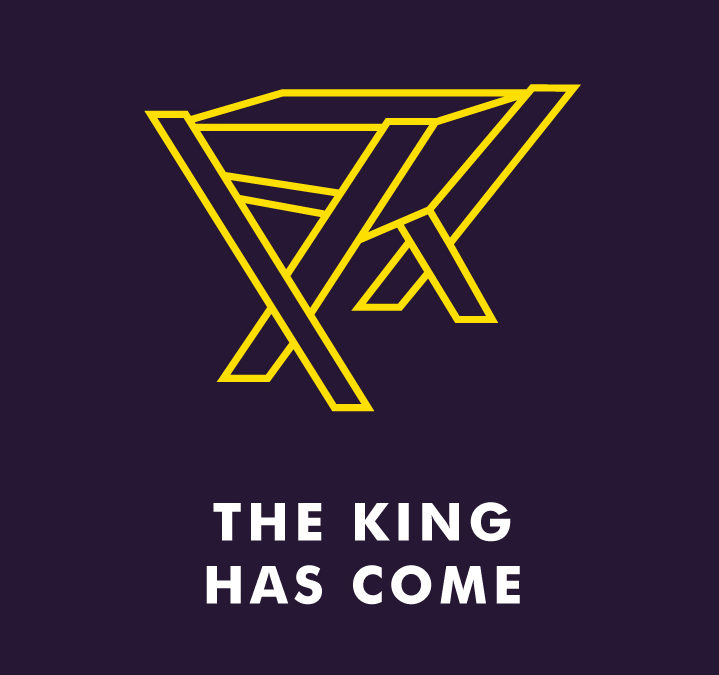 Today’s post is a follow up to last Sunday’s message, The God-Man King Has Come. If you would like to listen to it, you can find it here.

Christmas is all around us now. But what is Christmas? These days, it depends on who you ask. That said, a Christian Christmas celebrates the fact that Jesus appears in history as God-man (hope you had your morning espresso to wrap your mind around this truth!). In today’s post, I want to share with you a Christmas Theology, a Christmas Tale, and a Christmas Task.

I appreciate how the Nicene Creed in church history describes Jesus as God-man:

I believe in… one Lord Jesus Christ,

the only-begotten Son of God… God of God, Light of Light, very God of very God…

who, for us men and for our salvation, came down from heaven, and was incarnate by the Holy Spirit of the Virgin Mary, and was made man;

and was crucified also for us under Pontius Pilate; he suffered and was buried…

A Christmas Tale: The Man and the Birds

At our church’s ESL Carol Sing this past weekend, my friend Colin shared a beautiful Christmas tale that illustrates Jesus as our beloved God-man. And I share it with you here:

I’d like to tell you a story about a man. He was a kind, and mostly good man. He was generous to his family, and honest in his dealings with other people, but each year when Christmas came along, he had a problem. He just couldn’t accept the Christmas story. He couldn’t imagine God, the maker of everything, coming to earth as a human baby, in the birth of Jesus.

“I’m really sorry to upset you,” he told his wife, “but I’m not going to church with you this Christmas Eve.”

He said he would feel like a hypocrite if he went, and that he would much rather just stay at home, but he did say that he would stay up until she and the children got back. So he stayed home. And his wife and children went to the Christmas eve midnight church service.

Shortly after they drove away in the car, snow began to fall. He went to the window to watch the flurries getting heavier and heavier, and then he went back to his comfortable chair and began to read his newspaper.

A few minutes later, he was startled by a thudding sound. Then another. And then another; sort of a thump or a thud. At first, he thought someone must be throwing snowballs at his large living room window.

But when he opened the front door to investigate, he found a flock of small birds, sparrows, huddled miserably in the snow. They had been caught in the storm, and because they were looking for shelter, they had tried to fly through his living room window into the warmth inside, but they just hit the glass with a thud.

Well, he couldn’t just let the poor birds lie there and freeze, so he remembered the barn where his children kept their little horse, their pony. The barn would provide a warm shelter for the birds. Quickly, he put on a coat, his wooly hat, and winter boots, and tramped through the snow to the barn.
He opened the barn doors wide and turned on a light. But the birds did not move.

He thought food would draw them in, so he hurried back to the house, got some bread crumbs, and sprinkled them on the snow making a trail to the wide open door of the barn. But to his disappointment, the birds ignored the bread crumbs and continued to shiver helplessly in the snow.

He tried catching them. No success. He tried walking around them waving his arms to “shoo” them into the barn. Instead, they scattered in every direction except into the warm barn.

Then he realized something. They were afraid of him. To them, he thought, I am a strange and scary monster. If only I could in some way let them know that they can trust me, that I’m not trying to hurt them, that I’m trying to help them.

But how could he do it? Any movement he made frightened and confused them. They just could not understand. They would not follow him. They would not be led, or “shooed” because they were afraid of him.

“If only I could be a bird,” he thought to himself, “and mingle with them and speak their language. Then I could tell them not to be afraid. Then I could show them the way to the safe warm… to the safe warm barn, but I would have to be one of them for them to see and hear, and understand.”

At that moment, in the distance, the church bells began to ring. The sound reached his ears above the sounds of the wind. He stood there listening to the bells, listening to the bells ringing out the good news of the birth of Jesus, God coming in human form. The winds and blinding snow calmed down, his soul became quiet and suddenly he understood what Christmas was all about, and why it was that Jesus the Saviour had come. He had come so we could see and hear and understand who God is and what He is like.

All the years of doubt and unbelief disappeared like a passing storm. The humbled man dropped to his knees in the snow, and prayed his very first prayer: “Thank You, Jesus, for coming in human form to get me out of the storm!”

The Bible says: “God loved the world so much that he gave his only Son, Jesus, so that every one who believes in him will not be lost, but will have eternal life.”

Christmas is the time we celebrate God’s great love for us as we remember He came to us in human form so that we could see, hear and understand His goodness and find shelter in Him in all the storms of this life and so we could have assurance of eternal life with Him after we die. That’s what we are really celebrating at Christmas.

Where does this leave us? How shall we respond to the good news that Jesus has come to us as the God-Man King of love who was born to die for our sins? To the heart-warming wonder that Jesus became “a bird,” so to speak, to communicate God’s love and care for us? What is our Christmas task?

It’s simple. We overflow his heart of meeting people where they are at and sharing the gospel of grace with them there. We overflow the wonder of God having met me where I’m at. Ask God to open up the eyes of your heart to the people around you. Who is it that God has burdened your heart for? Is it someone at home, at work, in a social circle, someone you cross paths with during your daily routine like your barista, or someone random? And we certainly cannot forget the quadfecta of God’s heart–“the widow, the orphan, the poor, and the foreigner.”

I mentioned that I heard the Christmas Tale at our church’s ESL Carol Sing. The ESL ministry is a wonderful example of overflowing Jesus’ heart to meet us where we are at. It was poetically beautiful to see locals engaging foreigner ESL students, patiently and lovingly communicating about the message of Jesus who supremely did the same at Christmas. So I leave you with a little video glimpse of the true spirit of Christmas that I experienced at the Carol Sing (ESL is always looking for volunteers, by the way 😜; if you’re interested, reach out to Colin by clicking here).