Why We Can Trust The Word 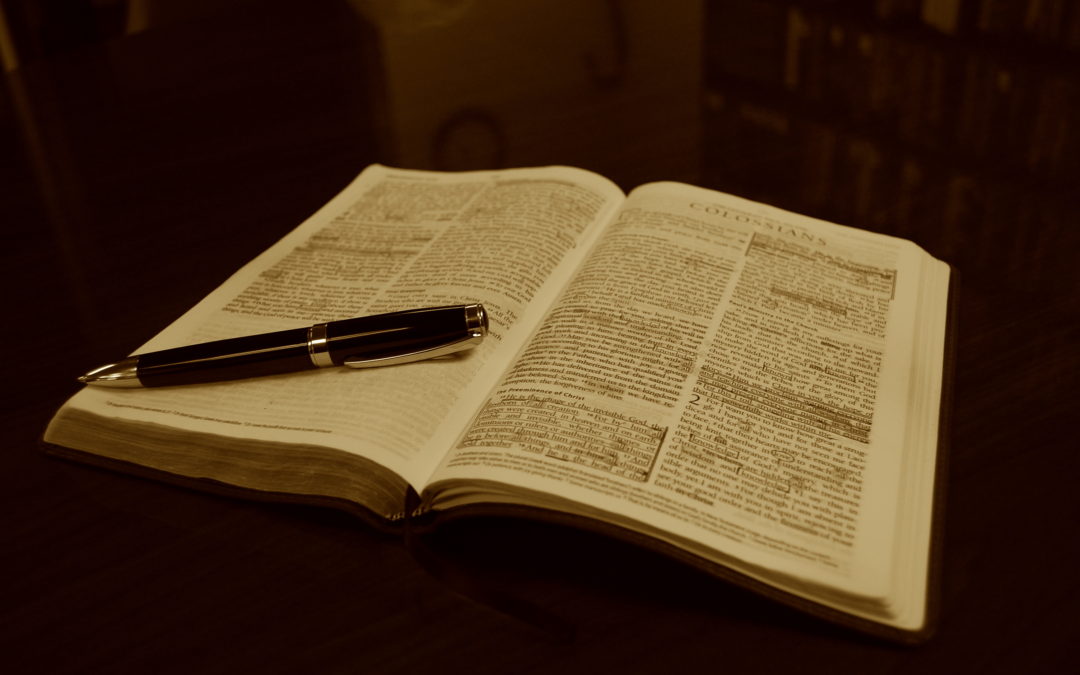 Today’s guest post is written by Phillip Brown. Phillip is the founder of True Faith Canada. True Faith Canada exists to fill the gap between blind faith and evidence based faith. Phillip Brown is happy to engage your questions about apologetics (info@truefaithcanada.org). Today’s post is about confidence in God’s Word. You can find the original ariticle here.

Perhaps the most common objection to the reliability of the Bible is the claim that we don’t really have the words that were actually written by the authors of the original books contained therein. The objection goes even further, though, and claims that all that we do have is a very corrupt copy of a copy of a copy of a copy of a copy and so on and so forth. As the Bible is our chief source of revelation about God and His Son Jesus, this objection should be deeply concerning to us. Responding to this objection has resulted in a field of study called textural criticism. In this article, I intend to give a brief overview of what textural criticism is, how it relates to the Bible and what it means for Christians who believe that it, indeed, contains the Word of God.

Textural criticism is the process by which scholars examine the texts of an ancient writing in its original language, but not necessarily in its original form, and try to piece together what that writing originally said. Where most ancient writings are concerned, we no longer have the autographs, or what one might call the first or edition – the original. This is certainly true in the case of The New Testament. In order for us to be able to read and understand The New Testament, however, we need to know what the original text actually said. And this is why textural criticism is essential to Christianity.

But how, one might ask, is it possible to know what the original actually said when we no longer have it? Where The New Testament is concerned we are fortunate to have an embarrassment of riches where copies are concerned. There are well over 6000 extant manuscript, and manuscript fragments of The New Testament. The earliest of which is a small fragment of The Gospel of John called p52. This small fragment has been dated to about AD125. This is significant because it shows that within 100 years, or so of the time of Christ, we have people writing about Him. That said, most scholars believe the originals of the Gospels to have been written all within the second half of the first century. And some believe that they were written even earlier. But what is important to this discussion is that we have more manuscript copies of The New Testament in its original language than any other ancient writing. A somewhat detailed assessment of these writings can be seen here: https://carm.org/manuscript-evidence.

So we have all of these old copies, which are still just copies, now what do we do with them? What textural critics do is, effectively, sift through these ancient copies and group them into families. Then scour the text to try and figure out what the original actually said. More on how they figure that out in a minute. What we are concerned with for now though is this; the crux of the objection to the reliability of the text is that these copies are rife with differences. According to well-known textural critic and Bible detractor Bart Ehrman, there are approximately 130,000 words in the New Testament and between the extant manuscripts there are over 400,000 variant readings. Unfortunately Ehrman is right. These variants are scribal errors – sometimes intentional and sometimes accidental. A scribe may have been tired and wrote the same line twice without realizing it. This would be an accidental error. An example of intentional error would be if a scribe noticed a reading that did not seem right and attempted to correct a mistake made in the manuscript from which he was copying. These are easy to spot and are of no real consequence to the diligent textural critic. It must be understood, though, that the vast majority of these variants are truly insignificant. Literally things like the spelling of a word. An English example might be that one manuscript would say, “color”, while another would say, “colour”. This kind of variant has zero impact on the meaning of the text. There are however some which are significant. The last twelve verses of Mark are an example of a significant variant. The earliest manuscript copies that we have to do not contain Mark 16:9-20. These lines seem to have been added some time in the late second century. Most modern translations include these verses with a note stating that they are a late addition to the text. But even still, nothing about this rather substantial variant in any way changes doctrines that are central to Christianity. What these variants do do, however, along with the different, languages (there are many ancient manuscript copies in Latin, Syriac, and Coptic for example) and style of the handwriting of each manuscript, is allow textural critics to group them into families. Like to like, if you will. The textural critic then employs certain techniques to begin to figure out which variant is closer to the original.

Textural critics are guided by a set of principles, which help them decide which reading is probably the most correct. These principles are by no means arbitrary and are based on the likely habits of ancient scribes. For example, the shortest reading is to be preferred where a variant exists between two, or more readings of the same passage, which vary in length. This principle is employed because it is more likely that a scribe would have added to a text, than to have shortened it. Also the more difficult reading is to be preferred over that which is easier. This is because scribes are likely to have altered a text to make it clearer and easier to understand. It’s unlikely that someone would have purposely made something harder to read. Another principle is the idea that the less harmonious reading is to be preferred. This is because, especially in the case of the Gospels, it is more likely for a scribe to try and make a passage match its parallel cousin in another text in order to harmonize the story, than to purposely change the story from one text to the next. A very commonly employed principle is the idea that the earliest version of a text is to be preferred to one that appears in a later manuscript. While it isn’t necessarily true that because a reading appears on an earlier manuscript that is certainly more accurate, it does make sense to say that because it is earlier it has likely gone through fewer stages of revision. After all is said and done, a complete Greek text of The New Testament is put together that reflects their work. This text is then usually handed off to other Greek scholars, though sometimes the same scholars are involved also, and that that text is translated into the receptor language. It is through these and other methods that scholars have been able to piece together the text of the original New Testament Manuscripts.

So it is clear that any objections regarding the fidelity of The New Testament’s textural sources are flat out baseless. In fact, many scholars believe textural criticism is so effective that if compared to the originals, the new Greek texts, which result from process would be more than 99% accurate. To be sure, this article is in no way an exhaustive account of how that process works. But I hope that it gives you some confidence in the reliability of the texts, which are used to translate The New Testament into English.